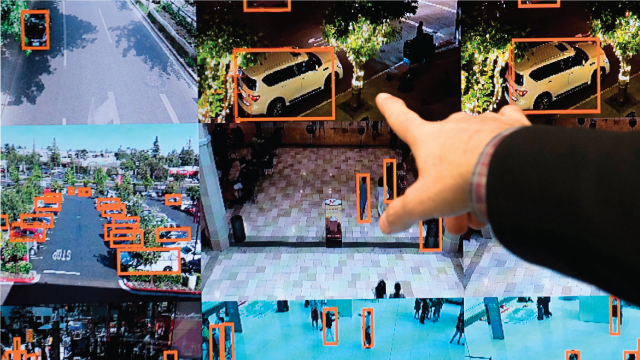 Experts say the rise of artificial intelligence will make most people better off over the next decade, but many have concerns about how advances in AI will affect what it means to be human, to be productive and to exercise free will.

Digital life is augmenting human capacities and disrupting eons-old human activities. Code-driven systems have spread to more than half of the world’s inhabitants in ambient information and connectivity, offering previously unimagined opportunities and unprecedented threats. As emerging algorithm-driven artificial intelligence (AI) continues to spread, will people be better off than they are today?

Some 979 technology pioneers, innovators, developers, business and policy leaders, researchers and activists answered this question in a canvassing of experts conducted in the summer of 2018.

The experts predicted networked artificial intelligence will amplify human effectiveness but also threaten human autonomy, agency and capabilities. They spoke of the wide-ranging possibilities; that computers might match or even exceed human intelligence and capabilities on tasks such as complex decision-making, reasoning and learning, sophisticated analytics and pattern recognition, visual acuity, speech recognition and language translation. They said “smart” systems in communities, in vehicles, in buildings and utilities, on farms and in business processes will save time, money and lives and offer opportunities for individuals to enjoy a more-customized future.

Many focused their optimistic remarks on health care and the many possible applications of AI in diagnosing and treating patients or helping senior citizens live fuller and healthier lives. They were also enthusiastic about AI’s role in contributing to broad public-health programs built around massive amounts of data that may be captured in the coming years about everything from personal genomes to nutrition. Additionally, a number of these experts predicted that AI would abet long-anticipated changes in formal and informal education systems.

Yet, most experts, regardless of whether they are optimistic or not, expressed concerns about the long-term impact of these new tools on the essential elements of being human. All respondents in this non-scientific canvassing were asked to elaborate on why they felt AI would leave people better off or not. Many shared deep worries, and many also suggested pathways toward solutions. The main themes they sounded about threats and remedies are outlined in the accompanying table.

The rate of progress in the field of artificial intelligence is one of the most hotly contested aspects of the ongoing boom in teaching computers and robots how to see the world, make sense of it, and eventually perform complex tasks both in the physical realm and the virtual one. And just how fast the industry is moving, and to what end, is typically measured not just by actual product advancements and research milestones, but also by the prognostications and voiced concerns of AI leaders, futurists, academics, economists, and policymakers. AI is going to change the world — but how and when are still open questions.

Today, findings from a group of experts were published in an ongoing effort to help answer those questions. The experts include members of Harvard, MIT, Stanford, the nonprofit OpenAI, and the Partnership on AI industry consortium, among others, and they were put together as part of the second annual AI Index. The goal is to measure the field’s progress using hard data and to try and make sense of that progress as it relates to thorny subjects like workplace automation and the overarching quest for artificial general intelligence, or the type of intelligence that could let a machine perform any task a human could.

AI WILL CHANGE THE WORLD, BUT RESEARCHERS ARE STILL TRYING TO FIGURE OUT HOW AND WHEN

The first report, published last December, found that investment and work in AI was accelerated at an unprecedented rate and that, while progress in certain fields like limited game-playing and vision has been extraordinary, AI remains far behind in general intelligence tasks that would result in, say, total automation of more than a limited variety of jobs. Still, the report was lacking in what the authors call a “global perspective,” and this second edition set out to answer many of the same questions with new, more granular data and a more international scope.

“There is no AI story without global perspective. The 2017 report was heavily skewed towards North American activities. This reflected a limited number of global partnerships, not an intrinsic bias,” reads the 2018 report’s introduction. “This year, we begin to close the global gap. We recognize that there is a long journey ahead — one that involves collaboration and outside participation — to make this report truly comprehensive.”

In that spirit of global analysis, the second AI Index report finds that commercial and research work in AI, as well as funding, is exploding pretty much everywhere on the planet. There’s an especially high concentration in Europe and Asia, with China, Japan, and South Korea leading Eastern countries in AI research paper publication, university enrollment, and patent applications. In fact, Europe is the largest publisher of AI papers, with 28 percent of all AI-related publications last year. China is close behind with 25 percent, while North America is responsible for 17 percent.