What’s technology got to do with the economy? 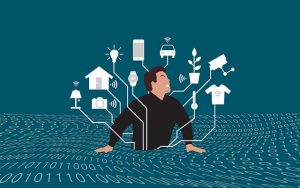 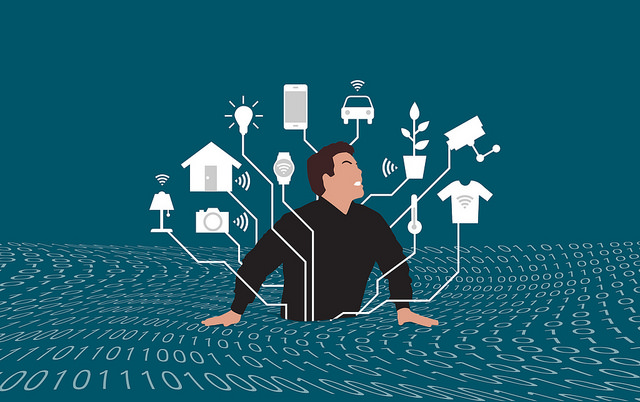 When we say technology, what do you think of?

Chances are, you’re probably picturing some sort of whizzy modern gadget; a smartphone, perhaps, or a self-driving car, or a drone or a television or camera or virtual reality goggles or a quantum computer.

But when economists think about technology, they think about anything that helps us produce things faster, better or cheaper. Economists are really nutty about production. Production in economist-speak is how we go about making all the stuff we use (from goods like cars to services like divorce lawyers).

Traditionally, economists have worked on the assumption that the more production we have, the better. When they talk about economic growth, they literally mean that the amount (or value) of stuff an economy produces has increased. And for lots of economists, politicians, and businesspeople, economic growth is seen as a sort of Holy Grail. That’s because for a long time lots of people have assumed that more stuff in an economy = more money in an economy = more stuff and money for all of us.

To be clear: lots of people who care about economic inequality, the environment and happiness rave about technology – or certain types of technology – and the benefits it can bring. But their debate tends to be more complicated and nuanced.

Take economic inequality. If you think the top goal of an economy should be to stop poverty and/or unequal access to things like healthcare and education, you might be buzzing about how iPads can help schoolkids with learning disabilities, or how drones can get medicine to remote areas with poor road access.

But you might also worry that as machines can do work tasks better than humans, new technologies might mean employees lose their jobs, and that if these displaced workers can’t find other work that is as well-paid or as enjoyable, they’ll lose out. And you might be particularly worried that the jobs that are easiest to replace are often the low-skilled, low-paid ones – so it’s the people lowest down the socioeconomic ladder who will be hit the hardest.

Or take the environment. Technology often needs a lot of power: electricity for computers, petrol for airplanes etc. A lot of that power comes from non-renewable energy sources which contribute to climate change. But technology can also combat that problem. Think of wind turbines, which are a type of technology that creates renewable energy.

For most environmentalists, the problem isn’t so much the technology as the obsession with using technology to up production. That’s because producing more and more stuff isn’t usually good for the environment. Producing more tables means chopping down more trees. Producing more jewelry means blasting more mines into the ground. And historically, we’ve not been very good at recycling the stuff we make, or disposing of it in an environmentally friendly way. More production has therefore tended to mean more landfills, rubbish and pollution.

What about technology and human happiness? We probably don’t need to tell you that lots of people think tech makes us unhappy: just look at all those newspaper articles on how the internet is supposed to make us feel lonely, or encourage extremist views, or increase bullying and trolling. And lots of people are angry that technology has often come alongside a bigger and bigger invasion of our privacy: through things like facial recognition, location-tracking and keystroke logging.

But of course technology can make us happy too. It has given us new ways to have fun, made our lives easier and more convenient, and helps us stay connected to the people we love, even when they’re far away. Plus, without technology we wouldn’t get the delight of watching this GIF of a baby panda sneezing. (Don’t tell us that doesn’t make you happy. We won’t believe you.)