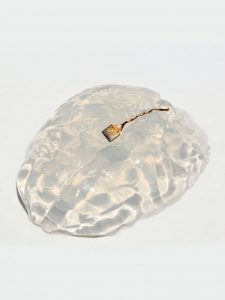 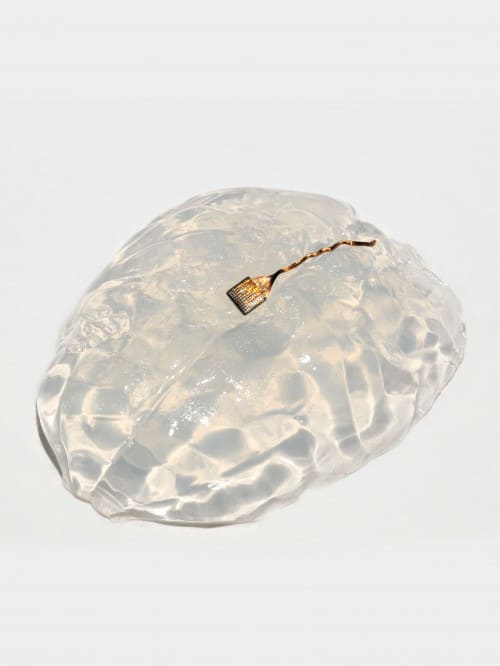 Scientists are making remarkable progress at using brain implants to restore the freedom of movement that spinal cord injuries take away.

“Go, go!” was the thought racing through Grégoire Courtine’s mind.

The French neuroscientist was watching a macaque monkey as it hunched aggressively at one end of a treadmill. His team had used a blade to slice halfway through the animal’s spinal cord, paralyzing its right leg. Now Courtine wanted to prove he could get the monkey walking again. To do it, he and colleagues had installed a recording device beneath its skull, touching its motor cortex, and sutured a pad of flexible electrodes around the animal’s spinal cord, below the injury. A wireless connection joined the two electronic devices.

The result: a system that read the monkey’s intention to move and then transmitted it immediately in the form of bursts of electrical stimulation to its spine. Soon enough, the monkey’s right leg began to move. Extend and flex. Extend and flex. It hobbled forward. “The monkey was thinking, and then boom, it was walking,” recalls an exultant Courtine, a professor with Switzerland’s École Polytechnique Fédérale de Lausanne.

nimals and a few people have controlled computer cursors or robotic arms with their thoughts, thanks to a brain implant wired to machines. Now researchers are taking a significant next step toward reversing paralysis once and for all. They are wirelessly connecting the brain-reading technology directly to electrical stimulators on the body, creating what Courtine calls a “neural bypass” so that people’s thoughts can again move their limbs.

At Case Western Reserve University, in Cleveland, a middle-aged quadriplegic—he can’t move anything but his head and shoulder—agreed to let doctors place two recording implants in his brain, of the same type Courtine used in the monkeys. Made of silicon, and smaller than a postage stamp, they bristle with a hundred hair-size metal probes that can “listen” as neurons fire off commands.

To complete the bypass, the Case team, led by Robert Kirsch and Bolu Ajiboye, also slid more than 16 fine electrodes into the muscles of the man’s arm and hand. In videos of the experiment, the volunteer can be seen slowly raising his arm with the help of a spring-loaded arm rest, and willing his hand to open and close. He even raises a cup with a straw to his lips. Without the system, he can’t do any of that.

Just try sitting on your hands for a day. That will give you an idea of the shattering consequences of spinal cord injury. You can’t scratch your nose or tousle a child’s hair. “But if you have this,” says Courtine, reaching for a red espresso cup and raising it to his mouth with an actor’s exaggerated motion, “it changes your life.”

The Case results, pending publication in a medical journal, are a part of a broader effort to use implanted electronics to restore various senses and abilities. Besides treating paralysis, scientists hope to use so-called neural prosthetics to reverse blindness with chips placed in the eye, and maybe restore memories lost to Alzheimer’s disease (see “10 Breakthrough Technologies 2013: Memory Implants”).

And they know it could work. Consider cochlear implants, which use a microphone to relay signals directly to the auditory nerve, routing around non-working parts of the inner ear. Videos of wide-eyed deaf children hearing their mothers for the first time go viral on the Internet every month. More than 250,000 cases of deafness have been treated.

In this video made by EPFL researchers, a monkey with a spinal cord injury that paralyzed its right leg is able to walk again.

But it’s been harder to turn neural prosthetics into something that helps paralyzed people. A patient first used a brain probe to move a computer cursor across a screen back in 1998. That and several other spectacular brain-control feats haven’t had any broader practical use. The technology remains too radical and too complex to get out of the lab. “Twenty years of work and nothing in the clinic!” Courtine exclaims, brushing his hair back. “We keep pushing the limits, but it is an important question if this entire field will ever have a product.”

Courtine’s laboratory is located in a vertiginous glass-and-steel building in Geneva that also houses a $100 million center that the Swiss billionaire Hansjörg Wyss funded specifically to solve the remaining technical obstacles to neurotechnologies like the spinal cord bypass. It’s hiring experts from medical-device makers and Swiss watch companies and has outfitted clean rooms where gold wires are printed onto rubbery electrodes that can stretch as our bodies do.

The head of the center is John Donoghue, an American who led the early development of brain implants in the U.S. (see “Implanting Hope”) and who moved to Geneva two years ago. He is now trying to assemble in one place the enormous technical resources and talent—skilled neuroscientists, technologists, clinicians—needed to create commercially viable systems.

Among Donoghue’s top priorities is a “neurocomm,” an ultra-compact wireless device that can collect data from the brain at Internet speed. “A radio inside your head,” Donoghue calls it, and “the most sophisticated brain communicator in the world.” The matchbox-size prototypes are made of biocompatible titanium with a sapphire window. Courtine used an earlier, bulkier version in his monkey tests.

As complex as they are, and as slow as progress has been, neural bypasses are worth pursuing because patients desire them, Donoghue says. “Ask someone if they would like to move their own arm,” he says. “People would prefer to be restored to their everyday self. They want to be reanimated.”

A model of a wireless neurocommunication device sits on a skull.

Play Video
MORE VIDEOS
PrevPreviousWe May Have Found a Pathway That Controls Aging
NextBitcoin Breaks $100 Billion in Value, Soars Over $6000 for the First Time in HistoryNext