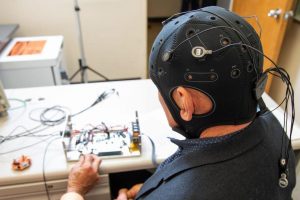 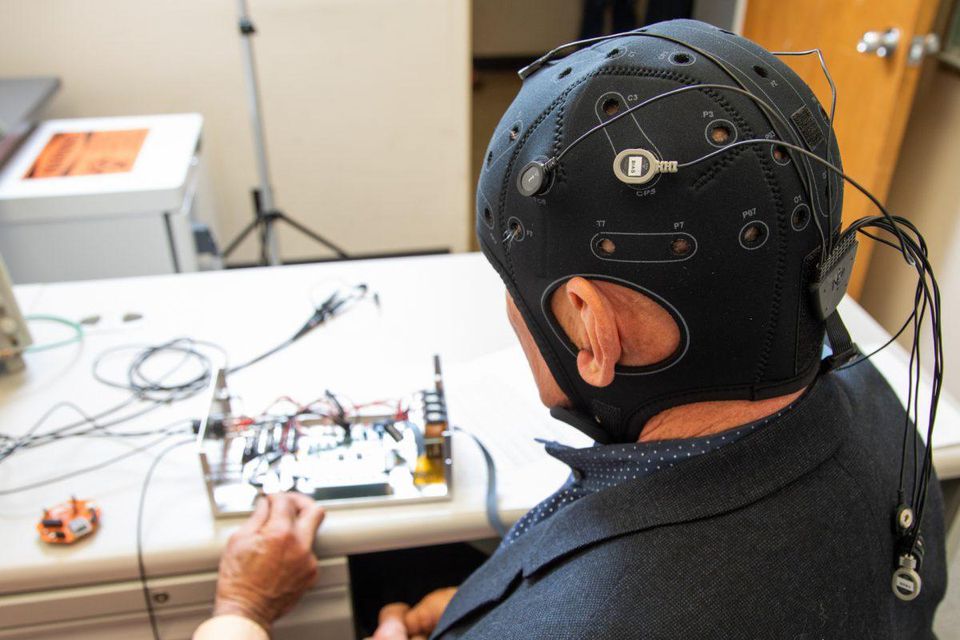 Scientists at Stanford University and the SLAC National Accelerator Laboratory in California are developing a device that could help bring back lost brain function . The device combines electrical brain stimulation with electroencephalogram (EEG) recordings, which is where electrodes are attached to the scalp and measure electrical activity.

Christopher Kenny, a senior scientist at SLAC, says, ‘The device works similar to radar, which sends out electromagnetic waves and passively listens for the weaker reflected waves. Here, we send electrical pulses into the head via the electrodes of an EEG monitoring system, and in the time between those strong pulses we use the same electrodes to pick up the much weaker electrical signals from inside the head.’

Although this sounds relatively simple, it can be quite hard to do since the weaker reflected waves can be a million times weaker than the signals sent into the head, making the weak signals quite difficult to detect. Previously, signals would be sent into the head and then the brain waves and the behavioral response would be tracked in different sessions. But, with this new device, they can be monitored at the same time the stimulus is applied, providing a more accurate link between the behavioral response and the brain wave activity.

Anthony Norcia, a professor of psychology from Stanford initiated the project and strongly believes that this device could open new paths in the treatment of brain disorders and in selectively turning certain brain activities on or off. Norcia and his team developed models relating to cases of visual impairment and how electrical activity from the brain’s visual centers travel to the scalp so that it can be detected by the external electrodes. Norcia says, ‘Our models give us a pretty good idea for how to design an array of electrodes to reach specific volumes inside the head. But we also want to be able to ‘listen’ to the brain’s response at the same time to figure out whether an applied stimulus had the desired effect.’

Norcia teamed up with members of the SLAC laboratory who specialize in detector development in order to develop the device. In particular, Martin Breidenbach from SLAC, says, ‘At SLAC, we’re trying to answer some of the really big questions about our universe, and figuring out how the human mind works seems to be right up there. We certainly have the engineering skills and resources to help with some of the technical issues in neuroscience. With our background in high-energy physics, we’re also used to multidisciplinary collaborations and know how to make them work.’

With the collaboration of physicists at SLAC, the team took a standard EEG monitor and paired it with one that they built which delivers the signals into the head and is generated with a 9-volt battery. They took the hit and tested the prototype on themselves, fortunately, this was successful.

In the future, the team hope to develop the device on the chip. Jeff Olsen, an electrical engineer from SLAC says, ‘In the next generation, we’ll be able to program the device, which will let us choose different types of signal shapes and synchronize electrical signals with other external triggers, such as visual stimulation.’ This is a very exciting device which would help those with brain disorders and return valuable brain functions, which is incredibly valuable. Watch this space.

Play Video
MORE VIDEOS
PrevPreviousSpaceX Just Launched a Last-of-Its-Kind Falcon Rocket
NextWhat Will Your City Look Like in The Future?Next