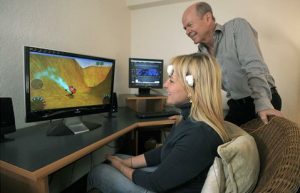 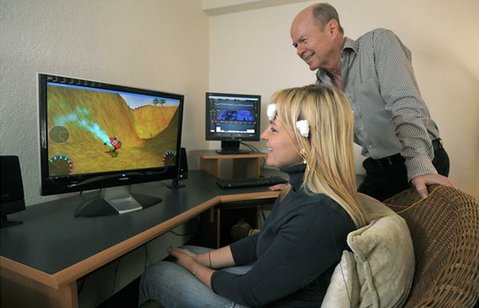 How many parents truly get a break from the day-to-day tasks and stressors of life?  Not the majority i’m assuming!  With so much to do in so little time, the biggest task of parenthood is having to be flexible: some parents are CEOs, single parents, parents to kids with special needs or illness, students, moms to multiple children/twins/triplets!  To put it bluntly, moms have amazing superpowers. That being said, some parents also come with a traumatic history, or at the very least struggle with depression or anxiety, making it hard to be flexible between these roles and then completely zapped of energy by the end (or throughout) the day. Mindful Parenting In A Complex World

When kids ask for more, act out, show signs of struggle or dis-ease, this can be incredibly triggering for a traumatized mama (or papa) and makes it essentially impossible to respond with loving care.  This is often when we find ourselves acting out of our old habits:  reacting with a fight, running away (into a wine glass perhaps) or freezing (knocked out on the couch and we can’t get up.)  Even if we didn’t have personal trauma, there is a such thing as intergenerational trauma: mamas/papas pass trauma down to other mamas/papas from line to line to line.   This has been discovered scientifically on a biological and emotional level.  For instance, it was found that mothers who survived the Holocaust with PTSD ended up having children with low cortisol levels passed on in utero.  Low cortisol levels have been found to be a biological precursor for being vulnerable to having PTSD in one’s life because it damages one’s ability to cope with and bounce back from trauma.  Emotionally, you can also imagine that a traumatized mother might have difficulty being attuned to her child by reflecting back affect appropriately, especially if she herself is continuously jumping between fight/flight and freeze. This gets passed on and on and on.

Neurofeedback isn’t going to cure the stressors of parenthood, but it does allow for more freedom within the nervous system to be flexible with changing circumstances.

From one minute to the next, we aren’t certain that our child will be crying or tantruming, to easefully playing by themselves or wanting you to play with them or feed them for the umpteenth time today.  In a nutshell, we don’t have control over them or their changing needs!  At times, motherhood can feel like a comedy of errors; I remember walking through Central Park last year with my 6 month old to meet my friend and having to change my screaming daughter about 3 times before we reached the other side.  When our traumatized self meets those experiences, we can become rigid and frozen, react by yelling or perhaps burst into tears with overwhelm.

When we are in a more regulated state, which neurofeedback trains our nervous system to be in again and again, we can meet the situation head on and perhaps even laugh about it.  It allows us to have more choices about how we would like to respond rather than being at the mercy of how our nervous system would automatically have us react in the face of a perceived threat.  Our crying baby is not a tiger on the savannah, but the nervous system might react like it is, and as a results we might go into freeze (depression), flight (anxiety) or fight (aggression).  Neurofeedback opens up the options for responding and gives us more choices for taking action; such as “Now what can i do because my baby has been crying for an hour and is difficult to soothe?”  We can become more creative and spontaneous with our answers to that question. Moreover, i often find that parents who train regularly with neurofeedback are able to stick much more easily to a self care regimen.

What Is Your Self-Care Regiment?

Everyone knows that parents don’t get a lot of rest in the beginning– with a newly regulated nervous system, however, it becomes much more possible to listen to when we need to rest, nap and even get in more restful sleep at night because we aren’t stuck in a state of hypervigilance (often a side effect of those early months!).

We are also able to listen to ourselves overall about when we might need a break, a walk around the park or to go exercise. When our nervous system is dysregulated (in fight/flight/or freeze), we are less able to access resources and options to help ourselves because we might be too overwhelmed and consumed to do so.

Neurofeedback helps to reallocate this energy wherever we would like to put it– hopefully towards reinvigorating and renewing ourselves when needed!   I often recommend that entire families rent a home system and engage in neurofeedback home training because when one person’s nervous system in a family unit becomes regulated, the others often want to follow.  For instance, when mom, dad and son all train together, their nervous systems can act like “tuning forks”– if mom’s system is regulated, this will encourage her son’s system to regulate and vice versa.

Play Video
MORE VIDEOS
PrevPreviousExperts Weigh in on AI and the Singularity
NextMind Power: How To Overcome Your Fears, Get Unstuck, And Fuel Your SuccessNext