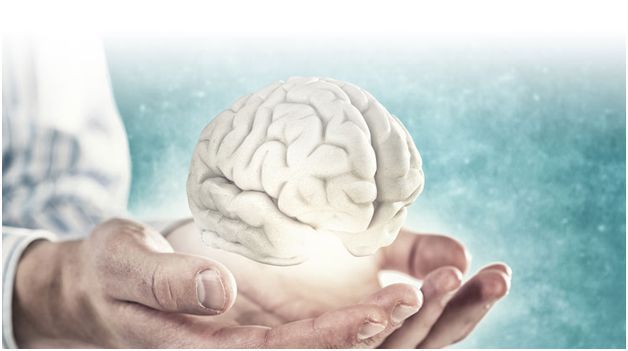 How Neuro-Physiotherapy Imparts Quality to Life

Since the last decade or so, we have been witnessing an upsurge in neurological problems such as strokes, Parkinson’s disease, diabetic neuropathy, and motor neuron diseases in our society. An alarming concern is that these problems have started affecting people at a younger age. Worldwide, neurological disorders are associated with higher rates of morbidity and mortality which in turn inflict higher cost of rehabilitation upon the sufferers. Given the topography, changing life style and the stressors, Kashmiris , per se, have a strong affinity toward neurological problems.
A belief that still dominates the clinical decision making of most healthcare professionals is that the recovery from neurological disorders is strictly a time bound phenomenon and to expect it happen after a set time frame, is unrealistic. Research has nullified it and suggests that brain can modify itself at any point in time provided the treatment is channelized in a right direction.
Unfortunately, we all come across a chunk of people who have fallen prey to such dogmas and live a lifeless life. Another chunk of the patient population is suffering because of its contentment with regard to the menial and irrelevant improvements. Needless to mention, it is the acumen of a skilled neuro-physiotherapist that determines the potential of rewiring of central nervous system connections essential for recovery. The concept of recovery has changed over a period of time; earlier, recovery was perceived as patients’ ability to achieve nominal and insignificant improvements that would enable them to come out of bed and walk a few steps. On the contrary, recovery now is tantamount to movements with a purpose in order to help patients regain functions, and eventually fulfill their social responsibilities.
Rehabilitation of patients with neurological problems is a high cost affair with huge financial and social costs. Soon after a person gets afflicted with a neurological disorder, besides the patient, the family members start bearing the brunt of the disease. Research reports reveal that the caregivers of neurologically impaired patients are exposed to a high level of stress which affects their productivity and, in turn, compromises the role they play in society. Recovery from neurological disorders, being relatively slower, demands close supervision and assistance from family members. In the meantime family members start dedicating their time and money towards the rehabilitation of the patient. Moreover, with modern family systems, every ailing person does not enjoy the luxury of extended social support and, eventually a number of impediments start emerging in the path of recovery.
In a nutshell, neurological problems not only affect patients but pose a massive challenge to family members too. The best strategy to cope up with the neurological problems is to facilitate patients’ functional independence as rapidly as possible that will eventually offload the family members to a greater extent.
Neurorehabilitation has undergone timely refinements to ensure best possible and evidence based care to patients. Modern day Neurorehabilitation uses approaches that emphasize minimizing compensations to ensure complete functional recovery. Functional independence is its essence and a neuro-physiotherapist proves to be an apt resource to deliver the best in order to achieve the short-term and long-term functional milestones. People in the valley have a limited knowledge of neuro-physiotherapy and the role a neuro-physiotherapist plays. A neuro-Physiotherapist, being a responsible member of healthcare team, plays a vital role right from the onset of a neurological problem to the stage of community rehabilitation of a patient.
Since Physiotherapists are movement science experts, fellow medical professionals and patients’ families can’t afford taking a neuro-Physiotherapist’s consultation and advice for granted. An insignificant problem, if left unaddressed, can have devastating repercussions later. For instance, a trivial fault in the shoulder after stroke/brain injury can affect a patient’s ability to drink and eat with the hand. Therefore, physiotherapy consultation from the outset remains crucial in determining a patient’s functional outcomes and ignoring it is at one’s peril.
Physiotherapists too need to be well versed in the latest developments in the field of neuro-physiotherapy to ensure quality care delivery. A neuro-Physiotherapist can make best use of treatments methods such as Constraint Induced Movement Therapy (CIMT), Virtual Reality (VR), Functional Electrical Stimulation (FES), Proprioceptive Neuromuscular Facilitation (PNF), Neurodevelopmental Treatment (NDT), Motor Relearning Programme (MRP), Task Specific Training, Partial Body Weight Support Treadmill Training (PBWSTT), and Robotics and so on. In order to achieve set functional objectives, neuro-physiotherapists equipped with the magic wand will surely help patients impart quality to their lives.