Manahel Thabet, One of the Smartest People Alive!

Dr. Manahel Thabet is a very successful name who has created a niche for herself in the Arab countries, as well as in the world. 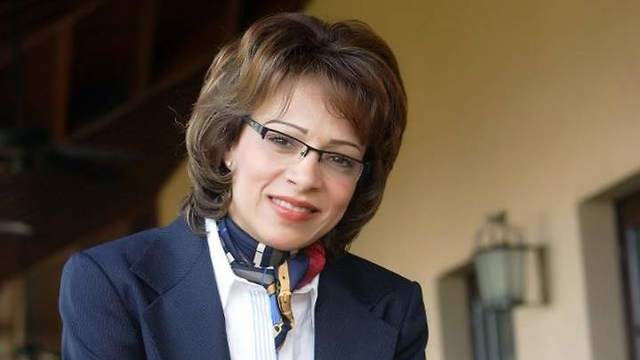 (Newswire.net — June 12, 2018) — Dr. Manahel Thabet is a very successful name who has created a niche for herself in the Arab countries, as well as in the world. She has given a new face to the small- and medium-scale enterprises in the GCC countries. With a clear vision and great perseverance, she has introduced herself to a new height. She has been ranked among the 30 smartest people alive.

Dr. Thabet flaunts many feathers in her hat. She is the Founder and the President of SmartTips Consultants, President of Would IQ Foundation, President of the Brain Trust Foundation (MENA/ Middle East and North Africa), Vice President of WIN (World Intelligence Network), Vice Chancellor of The Gifted Academy, and Deputy Director of the Institute for Brain Chemistry.

She is the curator of the Economic Think-Tank group of well-qualified economics advisors. It would not be wrong to say that Dr. Thabet is the flag-bearer for the women in the field of Science, Technology, Engineering, and Mathematics in Arab.

In the year 2012, she was elected as the Chairperson of the Scientific Committee, Recommendation Committee, and the Senior Adviser from amongst numerous participants from around 42 countries, at the International Asia Pacific Giftedness Conference. The Conference took place in Dubai and it was hosted by Hamdan Bin Rashid Awards for Distinguished Academic Performance.

Dr. Manahel Thabet has been ranked among 30 smartest people alive by Super Scholar. In the year 2013, she was named the Genius of the Year by the World Genius Directory delineating ASIA. After introducing the world to her great expertise and immense knowledge in the field of science, in the year 2014, Dr. Thabet was named the AVICENNA Award Laureate. She was next-in-line after Professor Tony Buzan. Continuing her success stories, she also registered her name in the new Guinness World Records in the year 2015, in one of the most arduous teaching methodologies. She also received Brain of the Year award in 2015-2016.

She has also had a successful stint as a GoodWill Ambassador for Eco International of Prince Albert II De Monaco Foundation. She is the president of IQuestion and a member of the Young Arab Leaders. She has judged the Drones for Good Awards UAE (2015-2016). She is the member of the International Association of Quantitative Finance, member of advisory board for In-Sight: Independent Interview-Based Journal, Arabian Intelligence Network supervisor, and editor of Synapsia’s IQ section.

Dr. Thabet is the Royal Grand Cross Officer of Companionate of White Swan. She is also a Fellow of the Royal Society of Medicine, London, UK. In the year 2016, she was given away the honor of Freedom of the City of London.

Dr. Mahanel Thabet has influenced the lives of many. With her work, she has managed to create an impact not just in her native nation but across the globe.

With so many laurels, she is indeed one of the smartest and the most intelligent economist, scientist, and consultant.