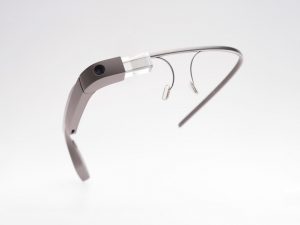 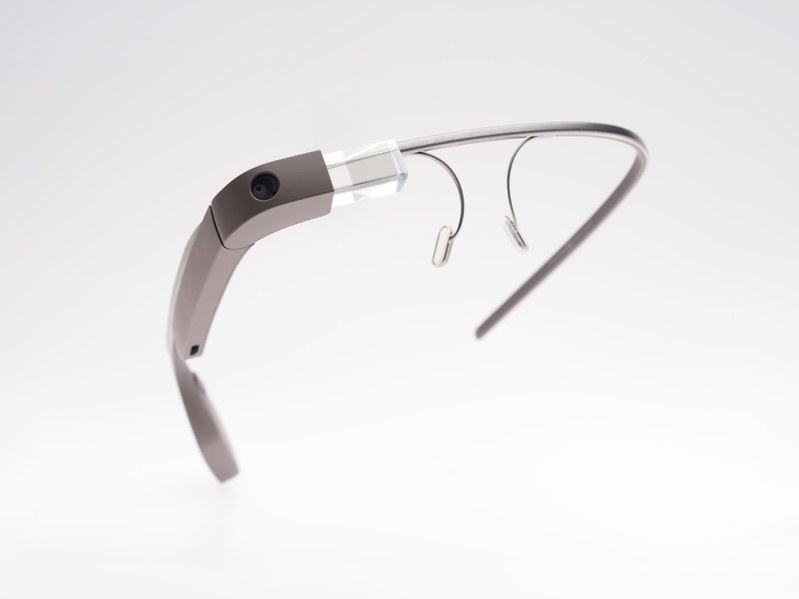 On Tuesday, Israeli software company Plataine demonstrated a new app for the face-mounted gadget. Aimed at manufacturing workers, it understands spoken language and offers verbal responses. Think of an Amazon Alexa for the factory floor.

Plataine’s app points to a future where Glass is enhanced with artificial intelligence, making it more functional and easy to use. With clients including GE, Boeing, and Airbus, Plataine is working to add image-recognition capabilities to its app as well.

The company showed off its Glass tech at a conference in San Francisco devoted to Google’s cloud computing business; the app from Plataine was built using AI services provided by Google’s cloud division, and with support from the search giant. Google is betting that charging other companies to tap AI technology developed for its own use can help the cloud business draw customers away from rivals Amazon and Microsoft.

Jennifer Bennett, technical director to Google Cloud’s CTO office, said that adding Google’s cloud services to Glass could help make it a revolutionary tool for workers in situations where a laptop or smartphone would be awkward. “Many of you probably remember Google Glass from the consumer days—it’s baaack,” she said, earning warm laughter, before introducing Plataine’s project. “Glass has become a really interesting technology for the enterprise.”

The session came roughly one year after Google abandoned its attempt to sell consumers on Glass and its eye-level camera and display, which proved controversial due to privacy concerns. Instead, Google relaunched the gadget as a tool for businesses called Google Glass Enterprise Edition. Pilot projects have involved Boeing workers using Glass on helicopter production lines, and doctors wearing it in the examining room.

Anat Karni, product lead at Plataine, slid on a black version of Glass Tuesday to demonstrate the app. She showed how the app could tell a worker clocking in for the day about production issues that require urgent attention, and show useful information for resolving problems on the device’s display.

A worker can also talk to Plataine’s app to get help. Karni demonstrated how a worker walking into a storeroom could say “Help me select materials.” The app would respond, verbally and on the display, with what materials would be needed and where they could be found. A worker’s actions could be instantly visible to factory bosses, synced into the software Plataine already provides customers, such as Airbus, to track production operations.

Plataine built its app by plugging Google’s voice-interface service, Dialogflow, into a chatbot-like assistant it had already built. It got support from Google, and also software contractor and Google partner Nagarro. Karni credits Google’s technology—which can understand variations in phrasing, along with terms such as “yesterday” that typically trip up chatbots—for managing a worker’s tasks and needs. “It’s so natural,” she said.

Karni told WIRED that her team is now working with Google Cloud’s AutoML service to add image-recognition capabilities to the app, so it can read barcodes and recognize tools, for example. AutoML, which emerged from Google’s AI research lab, automates some of the work of training a machine learning model. It also has become a flagship of Google’s cloud strategy. The company hopes corporate cloud services will become a major source of revenue, with Google’s expertise in machine learning and computing infrastructure helping other businesses. Diane Greene, the division’s leader, said last summer that she hoped to catch up with Amazon, far and away the market leader, by 2022.

Gillian Hayes, a professor who works on human-computer interaction at University of California at Irvine, said the Plataine project and plugging Google’s AI services into Glass play to the strengths of the controversial hardware. Hayes previously had tested the consumer version of the app as a way to help autistic people navigate social situations. “Spaces like manufacturing floors, where there’s no social norm saying it’s not OK to use this, are the spaces where I think it will do really well,” she added.