As the Vatican workshop on ethics in Artificial Intelligence ends, Dr. Alexandru Floares speaks on the possibilities of medical innovation through collaboration between AI and human intellect.

The increase in the number of cancer cases worldwide is a major cause for concern for the medical community.

Doctor Alexandru Floares, a speaker at a 3-day workshop organized by the Pontifical Academy for Life on Ethics and Artificial Intelligence (AI), spoke to Vatican Radio on the potential for larger strides in the field of oncology and medical research through the efficiency that AI provides.

Dr. Floares, a Neurologist, specialist in AI applications in Oncology, and President of Solutions of Artificial Intelligence Applications (SAIA), gave a presentation titled “AI in Oncology.”

In his interview with Vatican Radio, Dr. Floares spoke on issues bordering on access to data for medical research, solutions to the emerging issues surrounding the use of AI in healthcare, and the revolutionary role of AI in the field of medicine.

“The problems related to applying AI to medicine and oncology can be solved relatively easily,” he said. “This means that when a problem is clearly and pragmatically formulated, it can be solved in a matter of months or at most a year. The benefits of applying AI in medicine, when we put them in a balance, are very important.”

Speaking on steps towards eliminating bias in data collection, Dr. Floares noted that bias is predominantly the fault of human data input into the algorithm and not an inbuilt AI defect.

“We should not blame the AI for poor results if we do not put in the proper data to assist the AI’s predictive capabilities,” he said.

Giving the example of his experience while collecting data for his molecular diagnostic test for cancer diagnosis, he expressed his suspicion of already available data. He rather opted for what he refers to as the “poor man approach.”

“I found mine to be better because the data is less biased. It is better to have 1,000 patients from various studies and to integrate them instead of having one big study with 1,000 patients because the data is less biased and so the predictive model behind the test is more robust, generating better to (represent) different kinds of population that were not involved when the system was developed. So the poor man’s strategy became a good strategy for fighting against bias in data.”

Checking misuse of AI and data

On the issue of the possible misuse of AI, Dr. Floares is of the opinion that the different actors in the field of AI will help curb excesses.

“Collecting data is a good idea. I am on the optimistic side. I am sure there will be opposition too and all these forces working in different directions will create equilibrium for humanity. Hopefully the best.”

He furthermore insisted on active involvement in reining in excesses.

“Test AI systems. That is the most pragmatic way to do things to see if it is good or not. Instead of debating and having few actions,” he said.

“A revolution that started in 2012 and is just showing its first impressive results… I did not believe that AI will ever beat the human in dealing with images because our brain – the result of evolution is very well developed. I realize that this is possible and the strategy is for human intelligence to collaborate with artificial intelligence. This will be the greatest team we have ever seen,” he said. 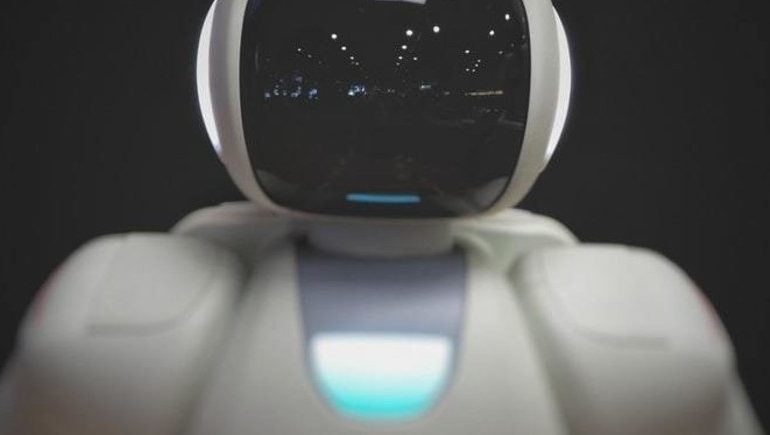 They say you have to learn to walk before you can run. It turns out the same rule applies when it comes to the rollout of artificial intelligence.

A new report on AI suggests that companies need to get the basics of the technology right before scaling up its use. In a PwC survey, 90% of executives said AI offers more opportunities than risks, but only 4% plan to deploy it enterprise-wide in 2020, compared with 20% who said they intended to do so in 2019.

Slow and steady wins the race

By 2030, AI could add $15.7 trillion to the global economy. But its manageable implementation is a global challenge. The World Economic Forum is working with industry experts and business leaders to develop an AI toolkit that will help companies understand the power of AI to advance their business and to introduce the technology in a sustainable way.

Focusing on the fundamentals first will allow organizations to lay the groundwork for a future that brings them all the rewards of AI.

Here are five things PwC’s report suggests companies can do in 2020 to prepare.

1. Embrace the humdrum to get things done

One of the key benefits that company leaders expect from investment in AI is the streamlining of in-house processes. The automation of routine tasks, such as the extrication of information from tax forms and invoices, can help companies operate more efficiently and make significant savings.

AI can already be used to manage the threat of fraud and cybersecurity – something that 38% of executives see as a key capability of the technology. For example, AI can recognize unauthorized network entry and identify malicious behaviour in software.

For companies to be ready for AI at scale, they need to do more than just offer training opportunities. Employees have to be able to use the new skills they have learned, in a way that continuously improves performance.

It’s also important to make teams ‘multilingual’, with both tech and non-tech skills integrated across the business, so that colleagues can not only collaborate on AI-related challenges, but also decide which problems AI can solve.

Along with helping employees to see AI not as a threat to their jobs but as an opportunity to undertake higher-value work, companies must ensure they have the processes, tools and controls to maintain strong ethics and make AI easy to understand. In some cases, this might entail collaboration with customers, regulators, and industry peers.

As AI usage continues to grow, so do public fears about the technology in applications such as facial recognition. That means risk management is becoming more critical. Yet not all companies have centralized governance around AI, and that could increase cybersecurity threats, by making the technology harder to manage and secure.

Developing AI models requires a ‘test and learn’ approach, in which the algorithms are continually learning and the data is being refined. That is very different from the way that software is developed, and a different set of tools are needed. Machines learn through the input of data, and more – and better quality – data is key to the rollout of AI.

Some of AI’s most valuable uses come when it works 24/7 as part of broader operational systems, such as marketing or finance. That’s why leaders in the field are employing it across multiple functions and business units, and fully integrating it with broader automation initiatives and data analytics.

5. A business model for the future

It’s worth remembering that despite AI’s growing importance, it is still just one weapon in the business armoury. Its benefit could come through its use as part of a broader automation or business strategy.

Weaving it successfully into a new business model includes a commitment to employee training and understanding return on investment. For now, that investment could be as simple as using robotic process automation to handle customer requests.

AI’s impact may be incremental at first, but its gradual integration into business operations means that game-changing disruption and innovation are not far away.