Warning: "continue" targeting switch is equivalent to "break". Did you mean to use "continue 2"? in /home/binary36/manahelthabet.com/wp-content/plugins/essential-grid/includes/item-skin.class.php on line 2289

Warning: "continue" targeting switch is equivalent to "break". Did you mean to use "continue 2"? in /home/binary36/manahelthabet.com/wp-content/plugins/revslider/includes/operations.class.php on line 4983

Warning: "continue" targeting switch is equivalent to "break". Did you mean to use "continue 2"? in /home/binary36/manahelthabet.com/wp-content/plugins/revslider/includes/operations.class.php on line 4991

Warning: "continue" targeting switch is equivalent to "break". Did you mean to use "continue 2"? in /home/binary36/manahelthabet.com/wp-content/plugins/revslider/includes/output.class.php on line 6935

Deprecated: Methods with the same name as their class will not be constructors in a future version of PHP; ThemeMove_Export has a deprecated constructor in /home/binary36/manahelthabet.com/wp-content/plugins/thememove-core/export/export.php on line 12
 MSPs Must Prepare For These Three Most-Disruptive Technologies - Dr. Manahel Thabet 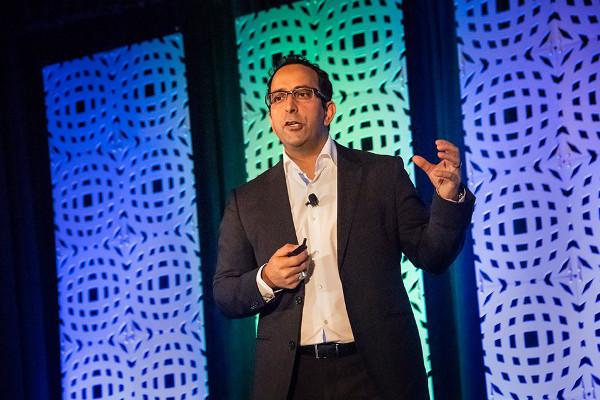 MSPs Must Prepare For These Three Most-Disruptive Technologies

The world’s three most-disruptive technologies are changing the game and creating a multi-billion-dollar opportunity for solution providers that can help customers embrace that change, says futurist Ian Kahn.

The world’s three most-disruptive technologies will “drive the future” and create unprecedented opportunities for managed service providers willing to explore new practices and vendor alliances, said Ian Kahn, a well-known futurist, speaking to attendees of the of the NexGen 2018 Conference & Expo.

Artificial intelligence, blockchain and the Internet of Things—all technologies powered by the cloud—are evolving at a mind-bogglingly rapid pace, disrupting not only industries and markets, but dinner table conversations, Kahn said Sunday at the event hosted by CRN parent The Channel Company in Anaheim, Calif.

“I suggest that you think about the future based on these three technologies,” Khan told the cloud-focused partners in the audience.

The never-before-seen pace of innovation has humanity on a trajectory where, within a few decades, computers will surpass the “thinking power” of all human beings, changing the world in more ways than most of us can imagine.

“As technologists, we have to accept this and help our customers understand that change is happening really, really fast,” he said.

That process might be as basic as convincing those customers it’s time to adopt cloud computing, he said.

Artificial intelligence, both in augmenting and automating human tasks, is gaining attention for use cases such as self-driving cars and natural-language comprehension.

But so far, only about 1 to 2 percent of the industry has embraced AI to power its own operations, Khan said.

“All here should be first to raise hands and say ‘we’re experimenting with it,'” he told NexGen attendees. “Before we sell it to our clients, we take the plunge.”

Blockchain, another technology disrupting the world, should allow everyone “to take a deep breath,” Khan said.

“Blockchain is about creating peace of mind,” he said of the technology poised to revolutionize shipping and logistics, infrastructure management, financial services, and food chain safety and reliability.

Blockchain, as opposed to traditional databases, replicates information across its network, enabling trust. The technology that powers cryptocurrencies like Bitcoin delivers a “central thread of truth that binds all different data points together,” he said, “and that was missing in the past.”

Most MSPs, however, aren’t doing anything with blockchain just yet, and rightfully so.

It’s “too new, too disruptive, too complex,” Khan said.

They should be prepared for that to change, however, with many different things happening relevant to services providers, including large vendors introducing blockchain-as-a-service solutions.

“You might see a lot more happening in that space,” Khan told NexGen attendees. “There are still many unknowns that we need to figure out.”

The Internet of Things is another disruptor that poses a multi-billion-dollar opportunity for the channel.

The technology driving a massive flow of data from connected devices is growing to a combined market of $520 billion by 2021—and that involves a $79 billion managed services play.

“That’s a good amount of business that you can be part of,” Khan said.

As all those changes are happening, MSPs must pick their targets.

Instead, the channel must work collaboratively and collectively, Khan said.

“With peers and competition and industry, we have to work together in a way we’ve never done before,” he told NexGen attendees.

Allen Falcon, CEO of Cumulus Global, told CRN that Kahn’s presentation highlighted how “trust is moving from people and organizations to technologies.”

And adoption of those three disruptive technologies has a broader impact than simply business, Falcon said.

“It is societal and will require a renewed focus on ethics,” Falcon said.

MSPs and VARs need to “find ways to take pragmatic steps to innovate for their clients,” he said.

Nevertheless, with technology evolving so fast, solution providers have to move as quickly as possible, Khan said.

“If you’re doing that, you will be highly successful,” Khan said.