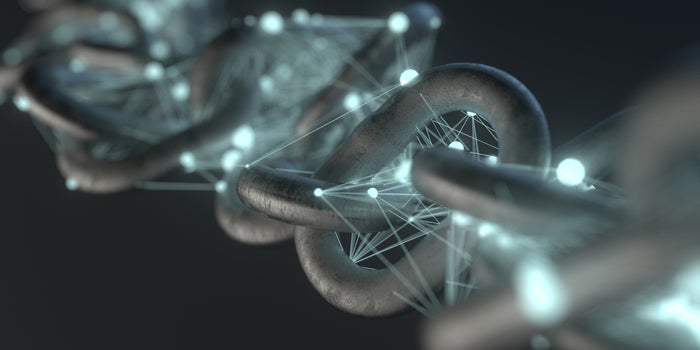 There is no doubting the fact that there are massive potentials for blockchain technology to transform the world. This has been shown in every field of human endeavor.

Blockchain technology has been deployed in the medical industry, engineering, and most importantly in the financial industry. But one thing stood out, governments and a lot of investors were at best, wary of the wholesome adoption of the technology.

The reason being adduced by everybody is that blockchain is not regulated. For blockchain to be widely accepted, there will be a need for some level of assimilation with the traditional way of doing things.

Blockchain as technology came up with a true peer-to-peer borderless transfer of value and innovative ways to raise capital or invest in promising projects, but then, there are two sides to a coin. One major use the blockchain was first deployed for, was the cryptocurrency, which a lot of people have variously used as a primary exchange of value for illicit activities, you can’t also wish away the fact that many investors have been scammed off their resources through shady ICOs.

It was sweet music to the ears when Zurab Ashvil, founder and CEO of L3COS came up with the idea of the world’s first regulated blockchain-based operating system. “Without a single universal platform for governments, businesses and individuals worldwide, there is no practical solution for addressing the underlying blockchain problems that we are facing today,” Ashvil says.

With a three-layer transformation, that will enable the government to win voter trust, save money, and go green; businesses to minimize fines, globalize, and reduce operating costs; while the society will enhance democracy, ease international travels, and simplify taxes; a regulated blockchain is a gateway to our technological advancement.

What a regulated blockchain portends is that the impact the negative statements from government officials and the media along with regulatory uncertainties have been having on entrepreneurs, investors, the market, and the industry at large, will be a thing of the past.

One area where we have started seeing the positive impact and transformation in technology is the case of the digital currency. The internet was the precursor of cashless policy and internet banking all of which greatly reduced the stress people had to go through to conduct businesses.

The Chinese Government vehemently opposed cryptocurrency because it was decentralized but it’s of great relief to see that the People Bank of China (PBOC) is at the forefront of legitimizing digital currency.

As a part of a pilot program, PBOC introduced a homegrown digital currency across four cities, this is a huge leap towards actualizing the first electronic payment system by a major central bank. The Bank of England (BoE) is also toeing the footsteps of China but at a review stage as of July 2020.

Andrew Bailey, the Governor of BoE was reported to have said, “I think in a few years, we will be heading toward some sort of digital currency.”

In the U.S. too, concerted efforts are being made towards digital currency with U.S. investment bank JP Morgan being the first bank to create a digital token to help settle payments between clients in its wholesale payments business. This does not undermine the fact that the United States Federal Reserve has not made a categorical statement as to the position of the country on CBDC.

“We are supportive of crypto-currencies as long as they are properly controlled and regulated,” says Umar Farooq, JP Morgan’s head of Digital Treasury Services and Blockchain. It is on record that the bank has always maintained that the blockchain technology is of immense benefit, their only problem all along has been the inability to regulate it.

If you had expected to see a wholesome deployment of the blockchain technology even if for non-financial-related fields before now, you did not assume wrongly. What has obtained before the emergence of regulated blockchain technology is a situation where investors are treading with caution.

They are skeptical and rightly so at putting their resources into a venture that may come crashing any time as a result of the position of government officials and policymakers. The adoption of regulated blockchains like L3COS and others that will come up swiftly to compete will be based on the fact that it can automate a wide range of operations and cut bureaucratic procedures.

The automation is achieved using smart contracts. The system removes intermediaries between end clients (businesses and consumers) and central banks.

Aside from regulation, which is the primary source of concern to almost everybody that can assert an opinion about blockchain technology, one other area that has created a lot of misgivings is the environmental impact of business transactions. You can now afford to reduce the use of paper to an unprecedented minimum, thereby contributing significantly to the green world.

Cutting costs is very vital for the sustenance of your business especially when these costs arise from illegal activities you must have randomly or unwittingly done. This will become a thing of the past as the system will automatically do a compliance check for you any time you attempt an operation.

What this boils down to is that your operation will be blocked if it seems to be going against promulgated rules and regulations. Thus, the system ensures you don’t fall prey to “potholes” and saves you from getting involved in illegalities while running your business.

A regulated blockchain ensures that transactions are supervised by regulatory bodies. The fear institutions have all along harbored, can now be laid to rest.

Ordinarily, with unregulated blockchains, institutions face the risk of financial loss and also the risk of further repercussions due to the misuse of the responsibility entrusted to you. There are also financial penalties to be paid as well as reputational damage to be taken into consideration.

Now that the world has no lack of regulated blockchains, it is a very good opportunity for any government or organization that wants to lead the global blockchain marketplace to act quickly. In a short time, leaders must have emerged and the others will just have to follow suit.