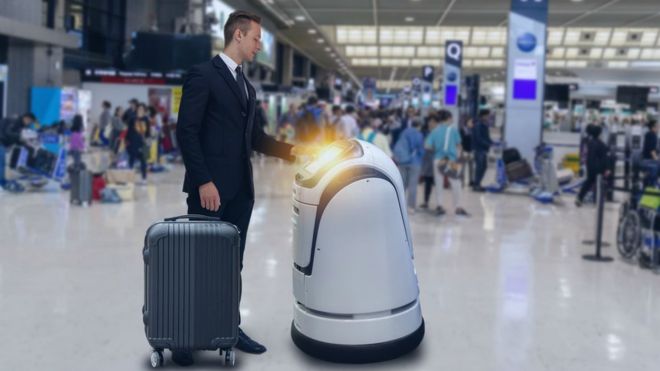 Will we start the journey to a better, kinder internet? Which countries are best placed to win the AI race? And should Ivanka Trump be speaking at a tech show? Just some of the questions we address in the first edition of Tech Tent this year.

Last month, the creator of the World Wide Web Sir Tim Berners-Lee, told us of his plan to put it back on the right track. His Contract for the Web aims to get companies, countries and individuals to work together to combat cyber-bullying, misinformation and other online harms.

Catherine Miller of the think tank dot everyone, which describes its mission as championing responsible technology for a fairer future, gives us her assessment of how likely it is that we will make the web a better place in 2020. She stresses that better regulation will be key, changing the economic incentives that mean the tech giants fight to keep people hooked to their platforms, and reward damaging behaviour.

When it comes to the race to build what is arguably the key technology of our times – artificial intelligence – the consensus has been that the United States is in the lead, but China is catching up fast. Now a new global AI index produced by the online news site Tortoise has come up with a more nuanced picture.

It found that, yes, the US and China were one and two in AI, with the UK in third place. But Alexandra Mousavizadeh, the data scientist who led the project for Tortoise Intelligence, tells us that China was much further behind than they had expected.

It scored well in research and development, but its 18th position in having the people with the right skills held it back. “This race is going to be won in many different ways,” says Ms Mousavizadeh, stressing that the free market bottom-up approach of the US had proved very fruitful so far, but the top-down Chinese strategy also has its strengths.

But she says that around the world a government strategy for developing human capital – “preparing a workforce for working with and being part of AI driven growth” – will be key.

We also look less far ahead – to CES, the huge annual gadget-fest which opens in Las Vegas on Tuesday. No doubt we will see all sorts of products promising to use AI to give consumers better experiences.

But one of the keynote speakers looks likely to provide the biggest headlines from the show. On the opening day, Ivanka Trump will be discussing the future of work in a session with the Consumer Technology Association’s CEO Gary Shapiro. The invitation to the President’s daughter has sparked controversy, especially as female keynote speakers from the tech industry have been thin on the ground in previous years.

Mr Shapiro tells Tech Tent that the show is about more than gadgets. It addresses key issues such as the impact of automation on work – and he says as the co-chair of the American Workforce Advisory Board, Ms Trump has significant things to contribute to this debate.

But back to technology. I have just been looking back at a blogpost I wrote on New Year’s Eve 2009 as I prepared to head off to the 2010 CES in Las Vegas.

I was very excited about a British firm called Plastic Logic that was going to unveil a radical new e-reader. “It could be one of the show’s stand-out products,” I wrote, “or it could end up buried under an avalanche of hype about a forthcoming rival device from a better-known firm.”

That rival device turned out to be Apple’s iPad, unveiled later that month, and Plastic Logic’s Que device did indeed end up dead and buried.

So, expect to see some startling new products emerging from Las Vegas in the next few days – we are promised a talking frying-pan and a self-driving sofa – but world-changing devices are few and far between, and are likely to be unveiled elsewhere.